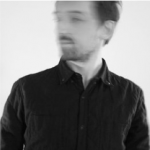 How to test without a prototype with AXE (Anticipated eXperience Evaluation)

For decades, we have created and used tools that make it easy to create prototypes: sketches and wire-framing tools are fast and simple ways to test hypotheses of interfaces and interactions.

However, now we have to deal with complex ecosystems such as IoT, AI or robots. It is no longer easy to create prototypes to design and test our first assumptions. How can you lead tests and receive essential feedback without even having developed a prototype? One way is by using the AXE (Anticipated eXperience Evaluation) method.

The objective of this workshop is to introduce this way of testing a product in its early stages, without the use of a prototype. AXE, which was developed in 2012 (by Lutz Gegner & Mikael Runonen), is particularly helpful when a product is too complex to prototype immediately. Doing this can reduce costly changes and provide a competitive edge by determining values and problems before putting money into product development.

During the workshop participants will have the opportunity to develop, test and analyse a product concept using AXE methodology.

How does AXE test work? Testers are presented with a concept to test and then given visual stimuli to reveal their attitudes, use practices and valuations. There are no predefined questions which allows for a bias-free thought process and answers. The method does not make any presuppositions of what is important but lets users freely define their valuations and points of interest.

The data from sessions is analysed with Marc Hassenzahl’s model. The results help to determine the outline of a project and what to prioritize, before even having to invest any money into the development.

After having graduated from Strate (design school) with an engineering degree, Arnaud worked as a designer at BP design and WeDesignServices. He joined WedigitalGarden in 2017 and has worked on multiple projects such as: Laboratoire Expanscience, groupe SEB, Libarti, Iris, AXA

A graduate of  l’ENSCI-les-ateliers (2011), Mathieu has worked previously for Bayard Presse and SmartSensing Consortium before becoming Lead Designer for several years at Makao Group. He joined the design team at WeDigitalGarden a year ago and has worked on multiple projects such as: Caterpillar, laboratoire Expanscicence, Safran Landing Systems, ALD, Planorama…

Franco­American and a graduate of Parsons School of Design in 2011 (Bachelor of Fine Arts), Noëlle worked as a designer for six years in New York before joining WeDigitalGarden in Paris, in 2017. She works on multiple digital and service design projects for clients such as L’Oréal, BMS, AXA, Weber St­Gobain, Chanje and many more. Noëlle has previously spoken in and led workshops at conferences such as EuroIA (2018) and UXCBrighton (2019).

She published the first UX design book in French, published by Eyrolles.  The 3rd edition was released in January 2018.

Founder of UX Paris, she has an active role in the European UX community (EuroIA, UXCamp Europe) and is co-president of EuroIA summit 2016 conference.

Since 2010, she has done mentoring for start-up accelerators (Google Launchpad, LeCamping, NextStars…).

She teaches UX Design at CELSA and at Sorbonne-Paris I and is a regularly speaker in conferences in France and abroad (EuroIA, Content Strategy Forum…)